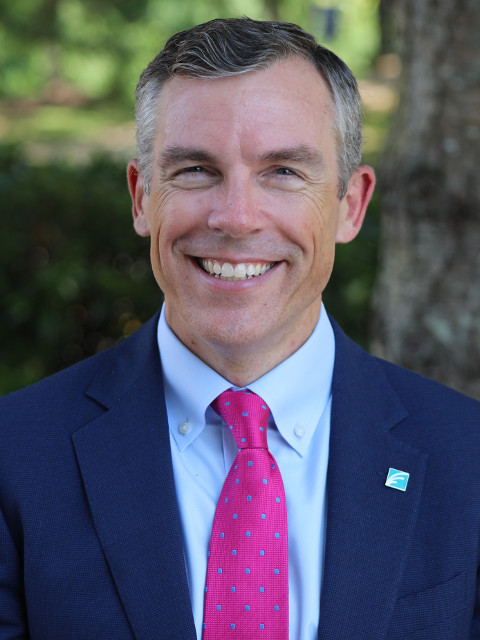 He is a past Board member of the Fauquier Chamber of Commerce, and executive sponsor for the American Heart Association, CycleNation campaign. Prior to joining the health system, he was the CEO for Wythe County Community Hospital in Wytheville, Virginia and has served as the CEO for Hackensack UMC at Pascack Valley, Texas. He has also served as Director of Operations and Division Director of Operations for LHP Hospital Group, Inc., in Plano, Texas. Other roles include, Associate Administrator at Texas Health Presbyterian Hospital in Denton Texas and Associate Administrator at Northwest Medical Center in Oro Valley, Oro Valley, Arizona.

He and his wife, Julie, live in Warrenton and have a son, Walker. His interests include bicycle racing, reading and spending time with his family. 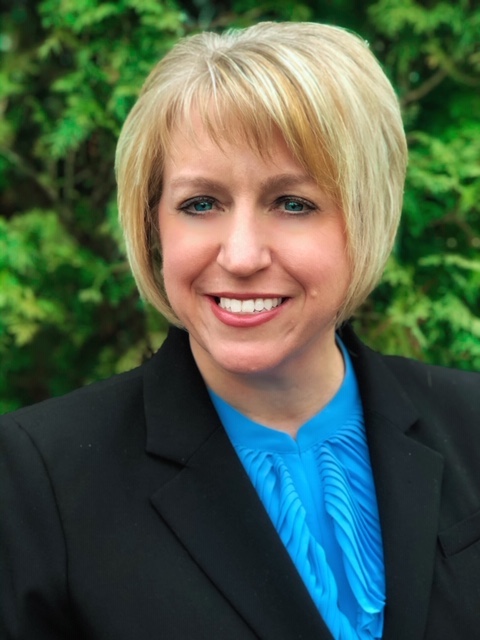 Christine joined Fauquier Health in 2020 and is responsible for the oversight of all nursing operations. She has more than 26 years of military healthcare experience, serving in a variety of nursing and executive leadership roles in both acute care hospitals and ambulatory care clinics in the Air Force Medical Service.

She is an Advanced Practice Registered Nurse, triple board-certified as a Women’s Health Nurse Practitioner, an Adolescent/Adult Sexual Assault Nurse Examiner, and as a Nurse Executive Advanced Administrator.

She joins Fauquier Health from the Defense Health Agency in Falls Church, Virginia, where she provided strategic direction, policy, and oversight for education and training initiatives across the Military Health System in support of 9.5 million uniformed service members, retirees and their families. At the Defense Health Agency, as the Deputy, Christine provided education and training for the military health system. She led 584 personnel and over 1,000 instructors across two training institutes focused on initial skills qualifications for 49 nursing and ancillary programs. She has led professional development and executive leadership programs for nearly 10,000 healthcare leaders with more than 270,000 online students.

Christine hails from upstate New York and is married to Andrew Kress. They have two children, Aidan and Kaitlin. 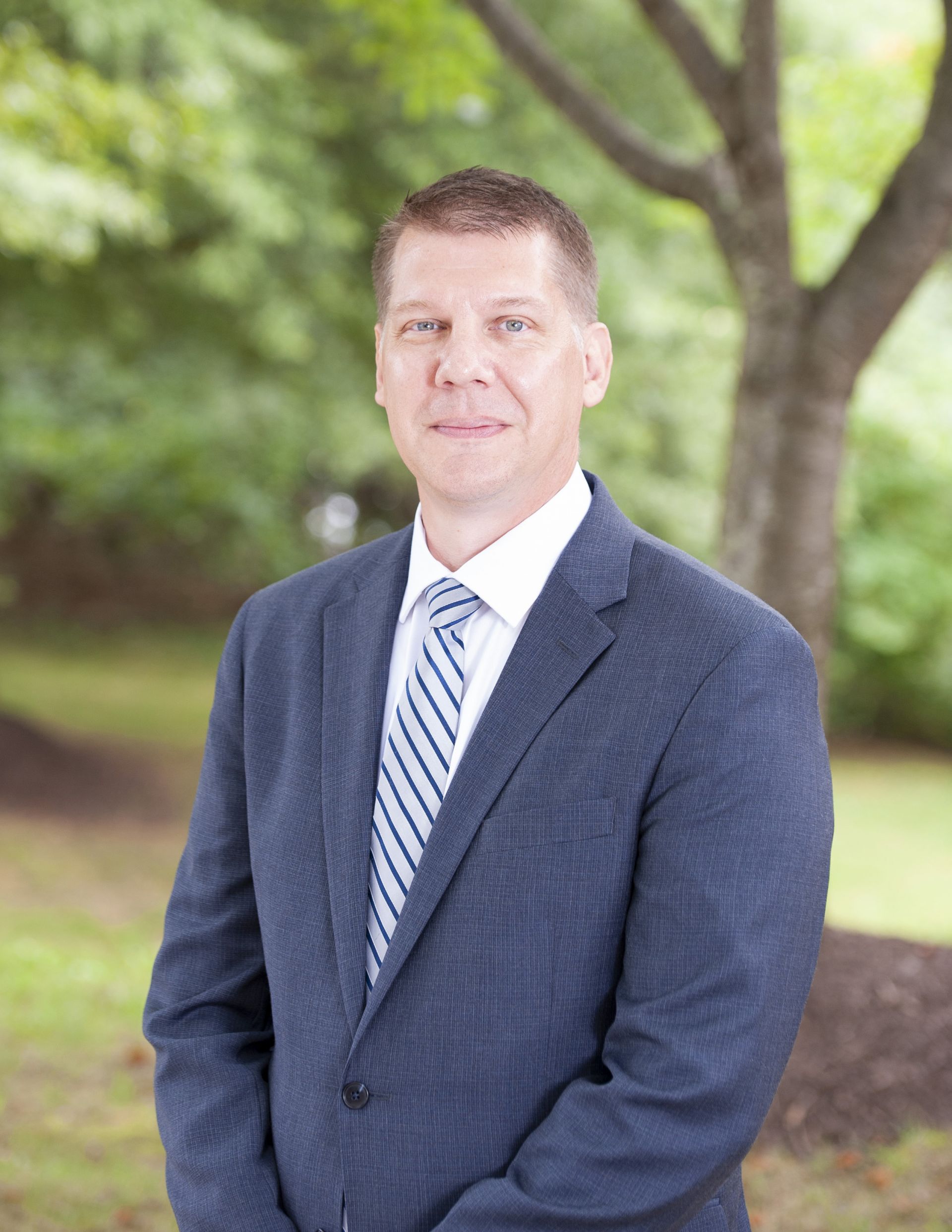 Kevin Sale joined Fauquier Health on September 14, 2020 and is in charge of the Health System operations.  He received his master’s degree in Business Administration with a concentration in Healthcare Management from Western Governors University in Salt Lake City, Utah and his bachelor’s degree in Healthcare Administration from Charter Oak State College in New Britain, Connecticut.

Prior to joining the health system, he was the Corporate Director of Medical Imaging for Valley Health System in Winchester, VA. Kevin also held various operational roles within LifePoint Health and HCA Healthcare. In these positions, Kevin coordinated operations and maintained a strong focus on improving specialty physician practices.

Kevin and his wife, Shannon, live in Winchester, VA with their daughter, Ella. Kevin’s personal interests outside of work include home improvement projects, mountain biking, water sports, and enjoying the great outdoors. 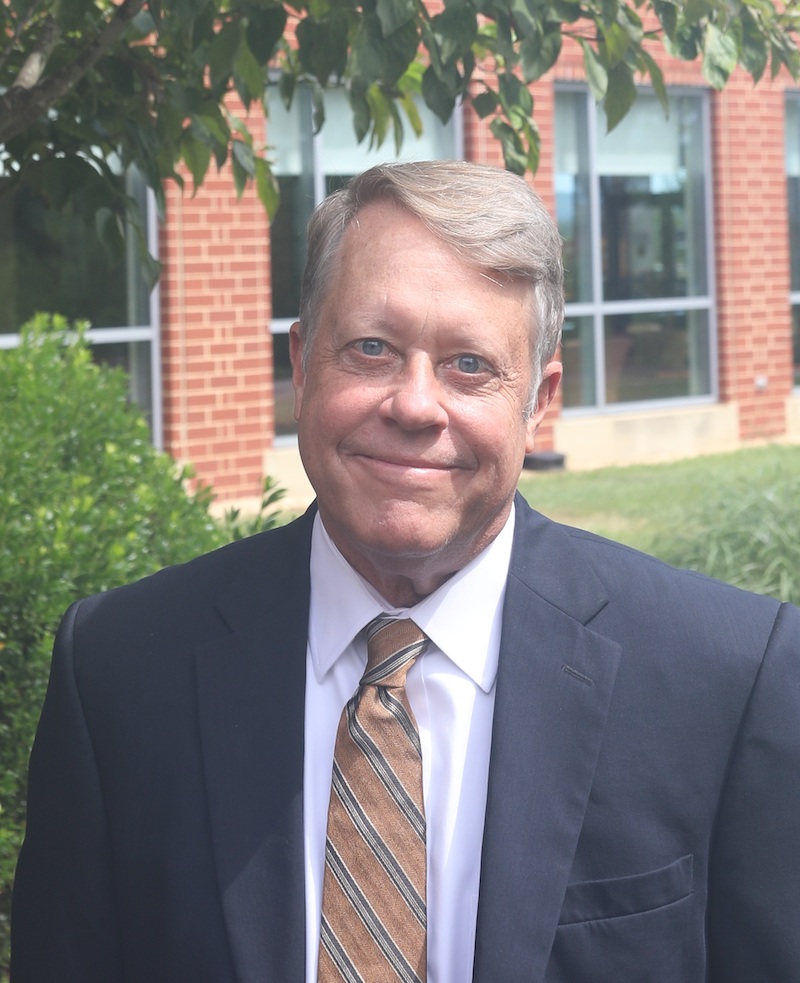 Ron Patrick joined Fauquier Health June 22, 2020 and is in charge of the Health System finances. He received his master’s degree in administration from Central Michigan University, Mount Pleasant, Michigan and his bachelor’s degree in accounting from University of West Florida, Pensacola, Florida.

Professional and civic affiliations include past member of the Kiwanis Club, member of the Hospital Financial Management Association, past board member of the Satori School and past chairman of the Supervisory Committee for West Florida Medical Federal Credit Union.

Prior to joining the health system, he was the CFO for Riverside Community Hospital in Riverside, CA. He also served as the CFO for Bay Medical Center Sacred Heart Health System in Panama City, FL and at Northwest Medical Center in Tucson, AZ. Other positions held include working at Doctor’s Hospital of Mobile in Mobile, AL as the CFO/Controller, Knollwood Park Hospital and Center for Specialized Medicine in Mobile, AL as the Assistant Controller and West Florida Regional Medical Center in Pensacola, FL as the Chief Accountant and Internal Auditor.

Ron and his wife, Mindy, live in Tucson, Arizona with their dog and have six children. Ron loves the outdoors and enjoys hiking. He also likes home remodeling projects.