Steven Wojcik is Vice President of Public Policy at the National Business Group on Health and is responsible for leading the Business Group's public policy work and external communications. He has over 25 years of experience in health policy development, analysis and research, government relations, corporate communications and public affairs.

He joined the Business Group in September 2000.

He is a past Board member of the Fauquier Chamber of Commerce, and executive sponsor for the American Heart Association, CycleNation campaign.  Prior to joining the health system, he was the CEO for Wythe County Community Hospital in Wytheville, Virginia and has served as the CEO for Hackensack UMC at Pascack Valley, Texas.  He has also served as Director of Operations and Division Director of Operations for LHP Hospital Group, Inc., in Plano, Texas.  Other roles include, Associate Administrator at Texas Health Presbyterian Hospital in Denton Texas and Associate Administrator at Northwest Medical Center in Oro Valley, Oro Valley, Arizona.

He and his wife, Julie, live in Warrenton and have a son, Walker. His interests include bicycle racing, reading and spending time with his family.

Joel is the President/Owner of Golden Rule Builders, Inc. a design-build firm in Catlett, VA. Joel built the first Golden Rule home in Fauquier County over 30 years ago. Since then he has continued to maintain a reputation for quality, service, and community involvement. Joel has been named the Builder of the Year by the Northern Virginia Building Industry Association (NVBIA), Business Person of the Year by the Fauquier County Chamber of Commerce, and attained the “Big 50” Award from Remodeling Magazine.

Joel and his wife Patty have five children and are active members of the Dayspring Mennonite Church. He also serves on the boards of New Horizons Ministries, Good Life Ministries, and Lord Fairfax Community College.

As a leader in the Green Building, Living-In-Place and Solar Energy movements, Joel has been involved in creating vision and responsible building practices in and around our community. His efforts include sustainable design models, healthy living alternatives, Universal Design concepts, and environmental stewardship initiatives — all of which help make for a stronger, cleaner and safer community. 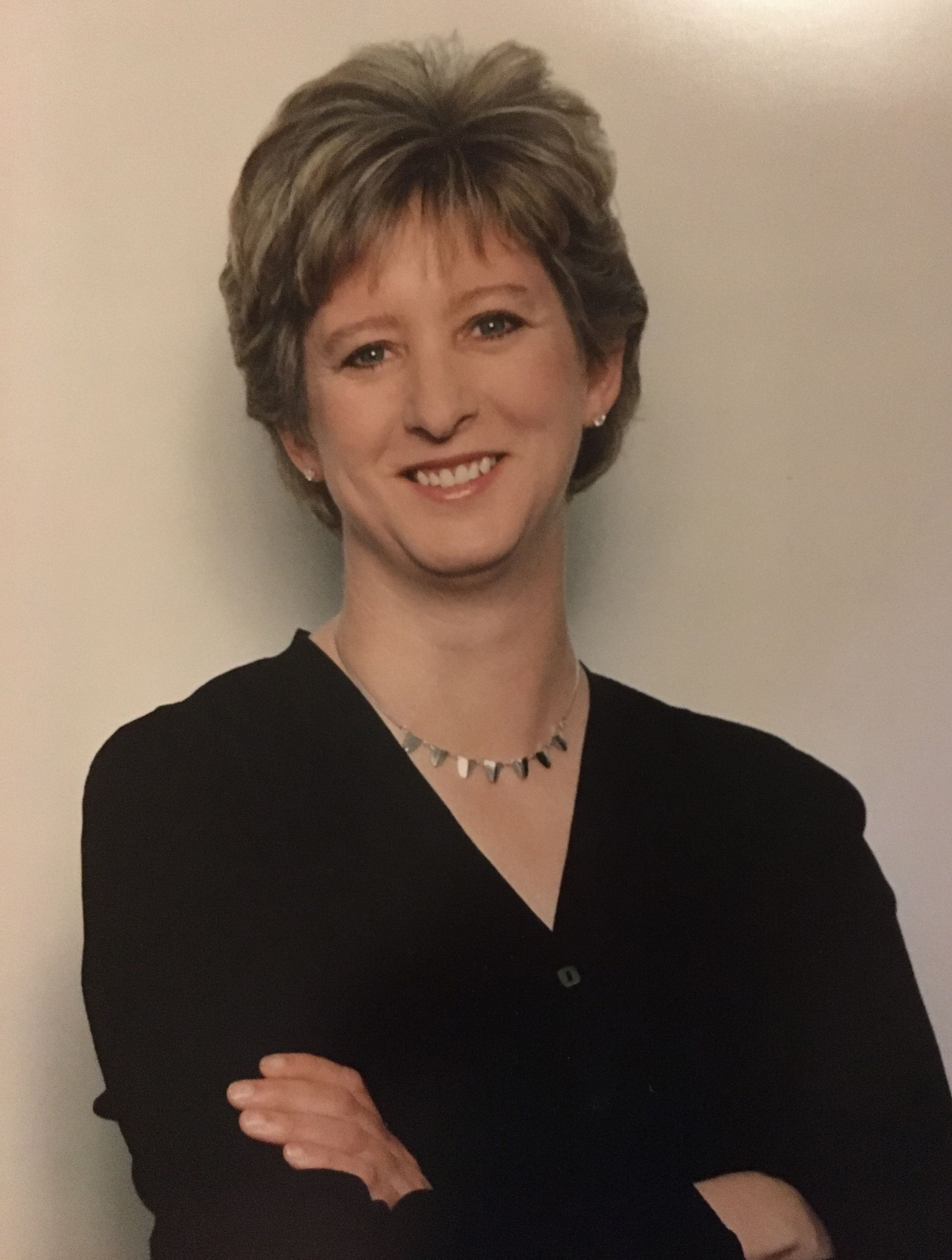 Leslie A. Borta is pleased to serve the board as a representative of Fauquier County's employer community.  As the Human Resources Manager and Corporate Safety Officer for Gaithersburg Architectural Millwork, Ms. Borta supports one of primary manufacturers in the county. With 20 years of business experience, and 10 years as an employer, Ms. Borta is keenly focused on employer trends, changes and regulatory compliance.

Ms. Borta is thrilled to call Fauquier County home since 2001.  Outside of work her interests include horses and competitive swimming.

Dr. Brown grew up in Southwestern Virginia and graduated from Virginia Tech with a degree in Civil Engineering. He worked in the coal industry as a summer intern and ultimately for several years with engineering firms in Virginia prior to attending medical school at the Medical College of Virginia. He completed surgery residency at the Carilion Hospital System in Roanoke Virginia.

Joseph Brown MD, FACS is a board-certified general surgeon with an interest in breast surgery, general surgery, and wound care.  He holds certifications in wound care and hyperbaric medicine.

He enjoys the outdoors, walking his dog, and trips to Montana in the summers with his wife and two children.  He can be found in Blacksburg on Saturdays cheering for the Virginia Tech Hokies during football season. 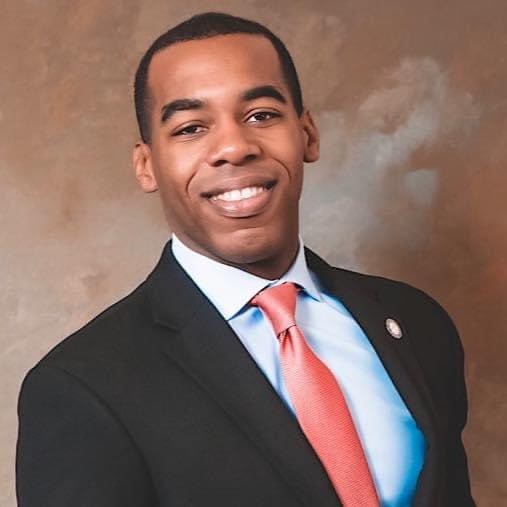 Renard Carlos is a lifelong resident of the Town of Warrenton, Virginia and a graduate of George Mason University, Schar School of Policy and Government. Mr. Carlos is employed in the financial service industry and enjoys working with clients to help them achieve their financial goals.   Mr. Carlos was elected to the Warrenton Town Council in 2018 and is an active member within the community. He currently serves as a board member for The Fauquier Hospital, Northern Piedmont Community Foundation, and Lord Fairfax Community College Advisory Board. Additionally, Mr. Carlos is Vice President of the Fauquier County NAACP.  Mr. Carlos currently lives in the Town of Warrenton with his wife Lea. 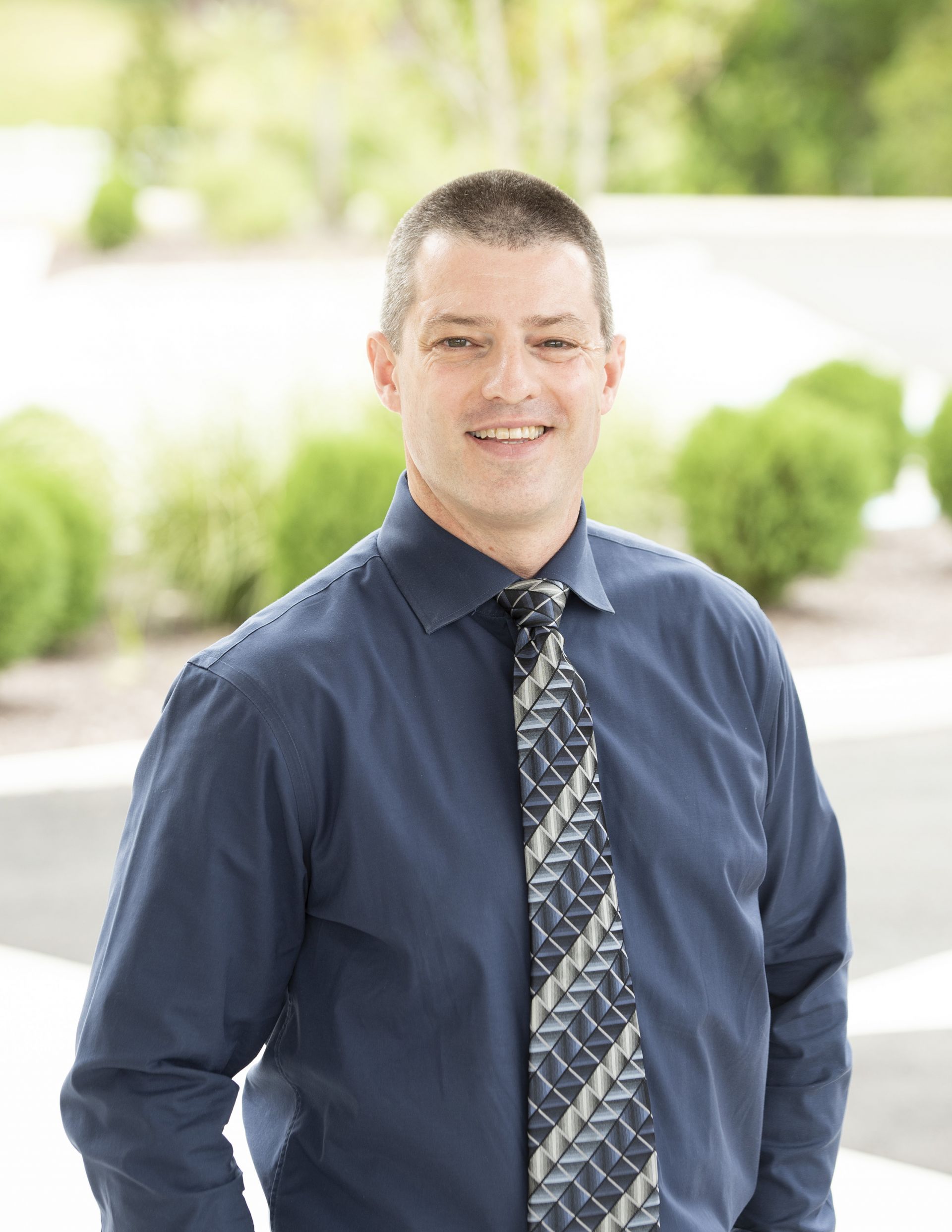 Dr. Brian DeCastro is a skilled urologist, equipped with a patient care philosophy of “the patient comes first." While he enjoys all aspects of urology, Dr. DeCastro is particularly interested in the prevention and management of kidney stones, advancements in testosterone replacement and any area that allows him to improve his patients’ quality of life. As a former Army service member, Dr. DeCastro understands the importance of a supportive community and brings a level of warmth and professionalism to every procedure he is a part of.

After earning his Doctor of Medicine degree from SUNY Upstate Medical University in 2002, Dr. DeCastro completed his internship and residency program in general surgery and urology at Madigan Army Medical Center in Tacoma, Washington. Dr. DeCastro served as Chief of Urology at Winn Army Community Hospital in Fort Stewart Georgia for the past five years. He is board certified in urology.

Dr. DeCastro enjoys spending time with his family, watching sports – he is a huge Seahawks and Syracuse fan — vegetable gardening (especially aquaponics) and cooking. He also loves trying new restaurants with his wife. 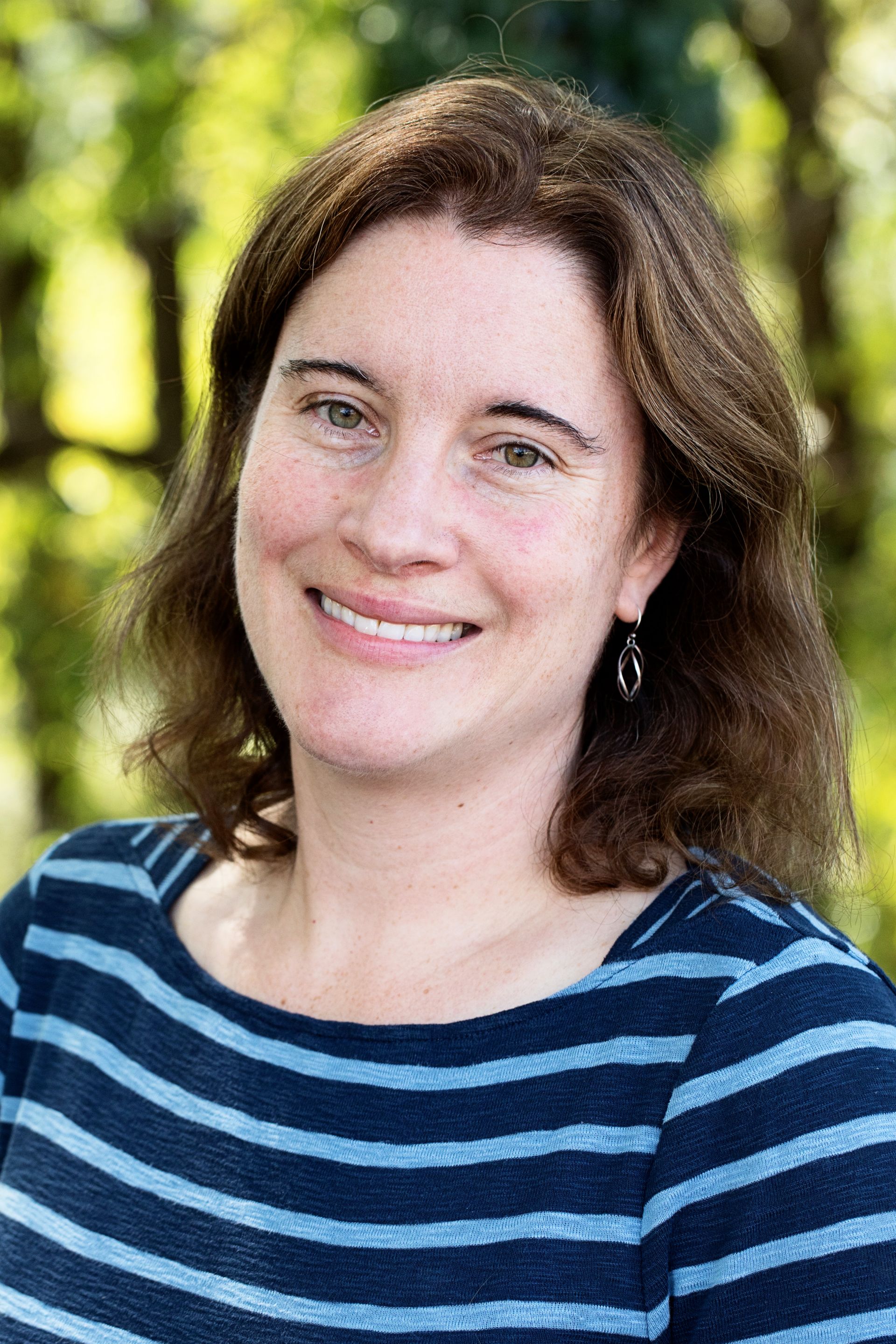 Welby lives in Broad Run with her husband Tom and sons Douglas, Donovan, and Brendan. As her middle son is severely disabled, issues surrounding disabilities are of particular interest to her. Her hobbies include travel, art, cooking, hiking, and skiing. 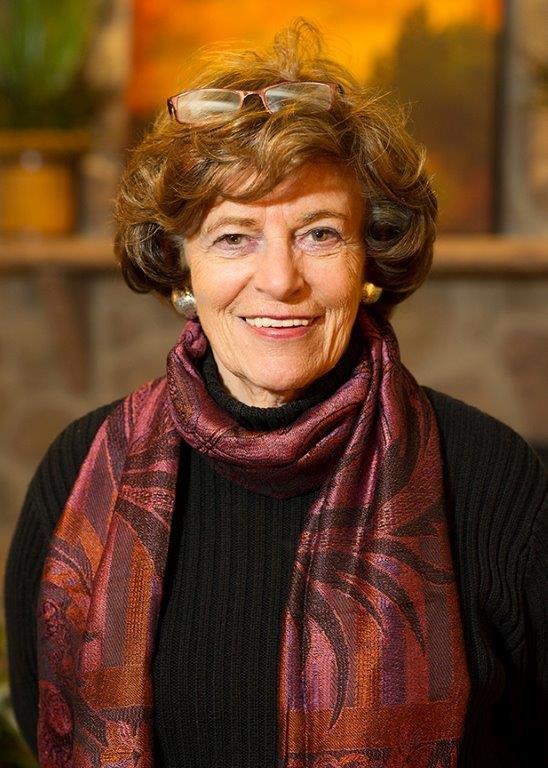 Anne Hall has been a Fauquier County resident since 1964. She attended Mary Washington College and obtains her B.A. degree in Sociology in 1958. She has worked as an Associate Broker at Long and Foster Real Estate in Warrenton, VA, for the past 45 years. Anne has been involved in many community initiative and held various leadership roles such as board member for Fauquier Health, Fauquier Free Clinic, Lord Fairfax Community College Foundation, and Highland School. She is also a member on the Warrenton Rotary Club, Fauquier Chamber of Commerce, Fauquier Historical Society, and the Virginia Gold Cup Association Committee.

Anne and her husband raised and educated their children here. They have two children and two grandchildren. Anne enjoys traveling, biking, walking, and listening to music.

Dr. Michael Jenks joined Fauquier Health as a private practice physician with Virginia Emergency Medicine Associates in 2005, after he completed his residency program. He is the Chairman of the Fauquier Health Emergency Department. Board certified in emergency medicine, Dr. Jenks volunteers his time at the Fauquier Free Clinic and is a member of the American College of Emergency Physicians.

After earning his Doctor of Medicine degree from the Medical College of Virginia (MCV), Dr. Jenks completed the Baystate Medical Center Emergency Medicine Internship and Residency Program. Among his many honors, Dr. Jenks was named the Student of the Year by the Department of Emergency Medicine at MCV, and was the regional winner in the resident presenter category at the 2004 Clinical Pathologic Conference held by the Society of Academic Emergency Medicine.

Prior to medical school, Dr. Jenks was a volunteer EMT and a medical technician for various hospitals in northern Virginia and Richmond. He has been the Operational Medical Director for the Fauquier County Fire & EMS since 2010, and was named EMS Physician of the Year for 2014 and 2018 in the Rappahannock Emergency Medical Services region. 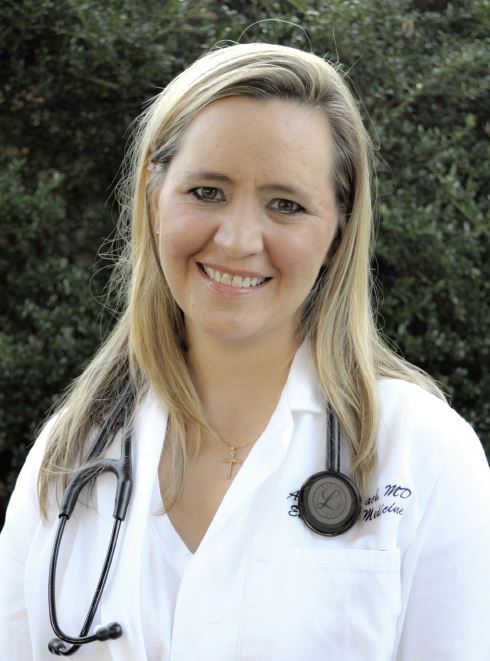 Dr. Anita Maybach's father, Eric J. Maybach MD started working at Fauquier Hospital ER in 1970. He moved the Maybach family to Warrenton in 1972. Anita was raised in Warrenton and attended St. John's Elementary School and Fauquier High School. She then attended VA Tech  and earned a Bachelor of Arts degree in English and a Bachelor of Science in Biology. Anita attended Eastern Virginia Medical School, followed by a residency program at Geisinger Medical Center.

Anita has been board-certified in Emergency Medicine since 2002 and has been on staff at Fauquier Hospital since 2005. Currently, she also see patients at her primary care office, which she took over when her father passed away unexpectedly in 2008. Anita is the medical director of the Warrenton branch of Heartland Hospice and for White Springs assisted living facility.

Anita plays a large part of this community in which she grew up.  All of her brothers and sisters live in Warrenton with their families as well.

Russell Rabb is a lifelong Virginian and has lived in Culpeper County since 2006 when he accepted a job in Warrenton. Since that time his wife and he have made this area their home. They are proud parents of two children who are both in middle school.

In his spare time, he enjoys spending time with his kids. Some activities they enjoy are hiking, going to the beach and playing with their two dogs. 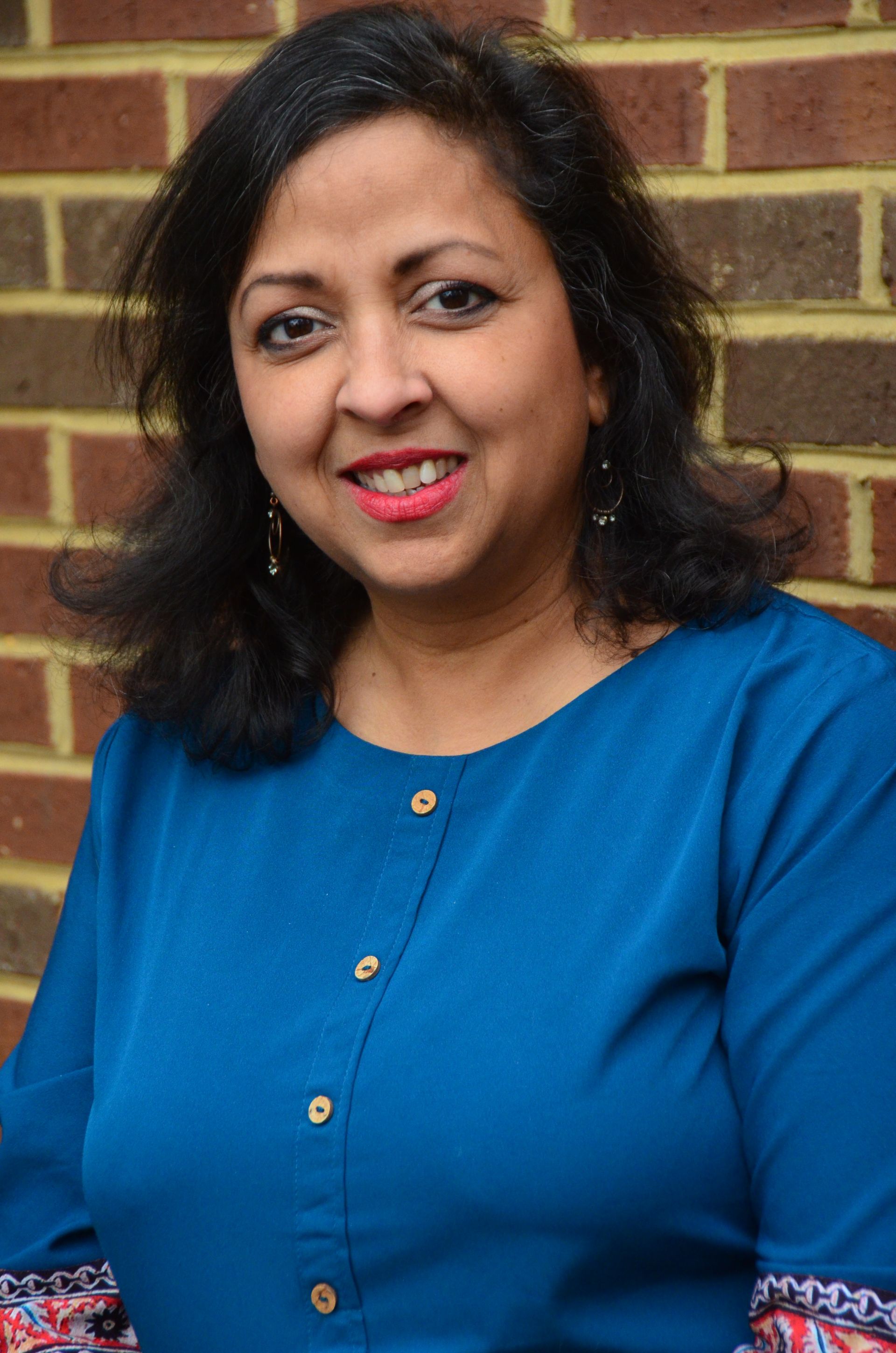 Vineeta worked as a systems engineer, technical writer and product manager prior to taking a 17-year hiatus to raise and homeschool her six children alongside her husband of 34 years.

She enjoys spending time with family and friends, working with young people, and writing.  Vineeta has had over 200 family humor columns published in her community’s newspapers in Northern California and in Fauquier County, as well as numerous magazine articles.

Prior to Sean’s role at Methodist Southlake Hospital, he worked at Hospital Corporate of America in Nashville, Tennessee and as a Chief Financial Officer at Medical City of Fort Worth in Fort Worth, Texas. Sean has been actively seeking a close knit community to settle down in with his family.

Sean currently resides in Fredericksburg, Virginia with spouse Jill, and children Jack, Ella, and Lucy. Sean’s personal interests outside of work include spending time with his family as well as outdoor activities such as golf, hiking, and skiing.